​​Vosbein's professional career began during his senior year in high school when Michael was hired to work as a drummer in a band at Six Flags Over Georgia.  Vosbein toured with the Glenn Miller Orchestra, traveling in a bus doing one-nighters across America and Canada. After getting off the road, he moved to Los Angeles and began freelancing, gaining valuable  experience in a wide variety of live and studio settings, while working with many well-known West Coast musicians.

While living in LA, Michael  studied with some wonderful drummers including Joe Porcaro, father of rock and studio drummer Jeff Porcaro, Roy Burns, founder of Aquarian Drum Heads, and funk pioneer David Garibaldi from Tower of Power . His real mentor, however, is the great jazz drummer Jeff Hamilton. "I spent many years studying and hanging with Jeff

and he still kills me every time I hear him play," Michael states.
​

Vosbein left L.A. to serve as an artist in residence for the jazz studies program at Saint Francis Xavier University's school of music in Nova Scotia, Canada. After completing the term, he moved to Atlanta and accepted a position as the house drummer for the Ritz Carlton Hotel.  For nine years, he played with many diverse ensembles for the hotel. Vosbein played the popular Ritz Carlton Big Band Christmas concerts at Spivey Hall for many years. He was part of several July 4th concerts from Lenox Square aired on local TV featuring a 90-piece orchestra and chorus with a live audience of 250,000 people.

In 2000, Michael left the job at the Ritz to freelance and teach. Since then he's  been involved in theatrical productions at the Canton Theatre, Libby's Cabaret, and the award winning Alliance Theater revival of the Broadway show, Jelly's Last Jam. 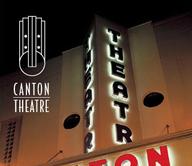 I have been playing and teaching drums for more than forty years. I ran  a cymbal company for eleven years.  Now, In addition to drumming, I am a music industry marketing consultant and  I also work  in video production.

I consider myself very fortunate to be doing what I love to do.

​Honors: Served on the board of advisors for the Canton Theater, Canton, GA, the Junior Jazz Foundation, Hilton Head Island, SC,

In 2004, Vosbein started a company called Cymbal Masters with a team including fellow drummers Bill Norman, and Jeff Hamilton. Vosbein served as president and CEO.  The company began as the North American brand manager and distribution company for Bosphorus Cymbals, imported from Istanbul, Turkey.  The great New Orleans drummer, Stanton Moore, was later added as a partner.  Starting in 2012, Vosbein served as executive produced for several innovative percussion software libraries, winning a coveted Drummie award for Virtually Erskine.  Cymbal Masters ended its relationship with Bosphorus to create its own brand, Crescent Cymbals, also handmade in Istanbul. In early 2015, Cymbal Masters, along with its brand Crescent Cymbals, was sold to Sabian, Ltd.  In 2015, Vosbein founded a video podcast he named Drummer Nation, which he hosts. The show features interviews with celebrity drummers.  That same year, he began writing for Classic Drummer Magazineand continues to freelance as a working drummer in the Atlanta area.